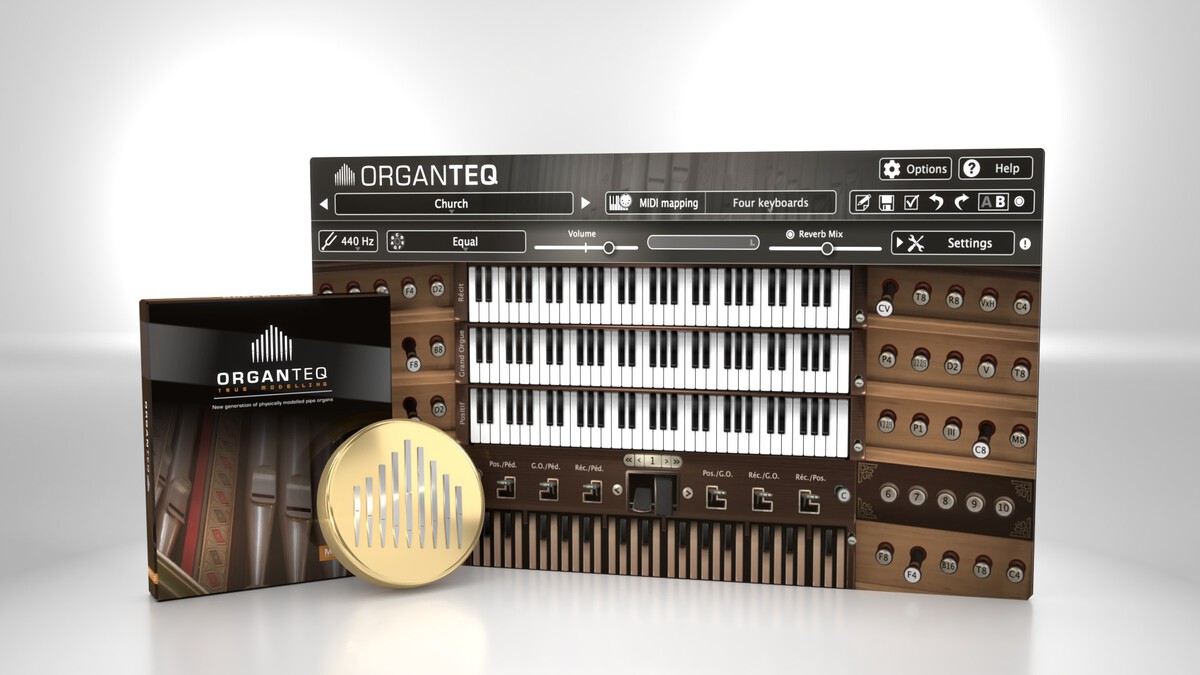 Organteq is a physically modelled pipe organ which you can install on your computer (PC/Mac). It can be used both in standalone mode and as a 64-bit instrument plug-in in VST, AAX and AudioUnits hosts.

By utilizing the physical model of Modartt's award-winning virtual instrument Pianoteq, the playability and complex behaviours of real acoustic instruments are simulated. By omitting usage of samples, the file size is just a tiny fraction of that offered by other virtual organs, perfect for use on any modern laptop.

The sound is generated in real time from scratch, reproducing the typical and variable pipe attack transients "chiff" as well as the 3D configuration, where pipes are located in space according to their keyboards. Even the action noises from keys, stops and couplers are modelled. All this makes the instrument livelier than sample based variants, bringing more realistic variability in attack and sustain.

Organteq offers over a thousand pipes, inspired from Cavaillé-Coll's organs, assigned to three manual keyboards with a five-octave range, and a pedal keyboard with thirty-two notes. Each keyboard can be assigned to a selection of stops with adjustable parameters. 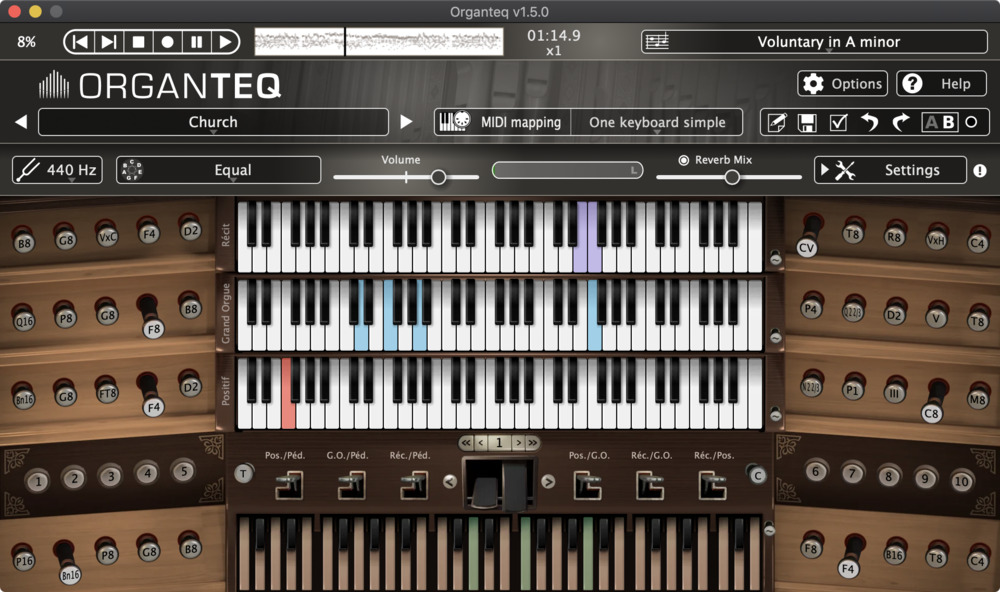 By being physically modelled, Organteq offers several advantages over sample based variants:

An organ is a complex instrument by itself. We made special efforts to make the interface easy to use by non-organist musicians.

To have a quick overview of each preset combination, explore them through the preset manager and listen to embedded demos:

The tremulant is a mechanical device that modulates the upstream air flow that feeds the pipes. When the tremulant is activated, the pitch, the intensity and the harmonic content are modulated. Once you have chosen the rate, the amplitude and the shape of the tremulant, the physical model modulates the sound by itself. Note that this is not as post-effect as on many virtual organs.

The reverb module offers parameters to vary the ambience, from a pure anechoic dry sound to a giant space wet sound.

While Organteq sounds great on any stereo system, a 8-channels output is also available: each division has its own stereo pairs that you can re-use as you wish.

With its MIDI learn feature and convenient MIDI mapping, Organteq provides quick and easy connection with your MIDI compatible keyboard and other devices.

Here is a basic mapping that routes four MIDI channels to the four virtual keyboards:

Here is a more sophisticated mapping that allows to control several virtual keyboards with only one harware keyboard:

Organteq is available for macOS (10.7 or later), Windows (7 or later) and Linux (x86),
both as a standalone instrument and as a 64-bit plug-in for VST, AAX and AudioUnits hosts.

Modartt, the producers of the award-winning physically modelled software instrument Pianoteq, has spent the last three years developing the very first virtual organ instrument based on a physical model that reproduces the "heart" of the complex flue and reed pipes physics: the interaction between the vibration of the air in the pipe and the "exciter" (air jet striking the labium for flue pipes, beating reed for reed pipes). The aim was to produce a more vivid and effective music instrument than the current state-of-the-art.