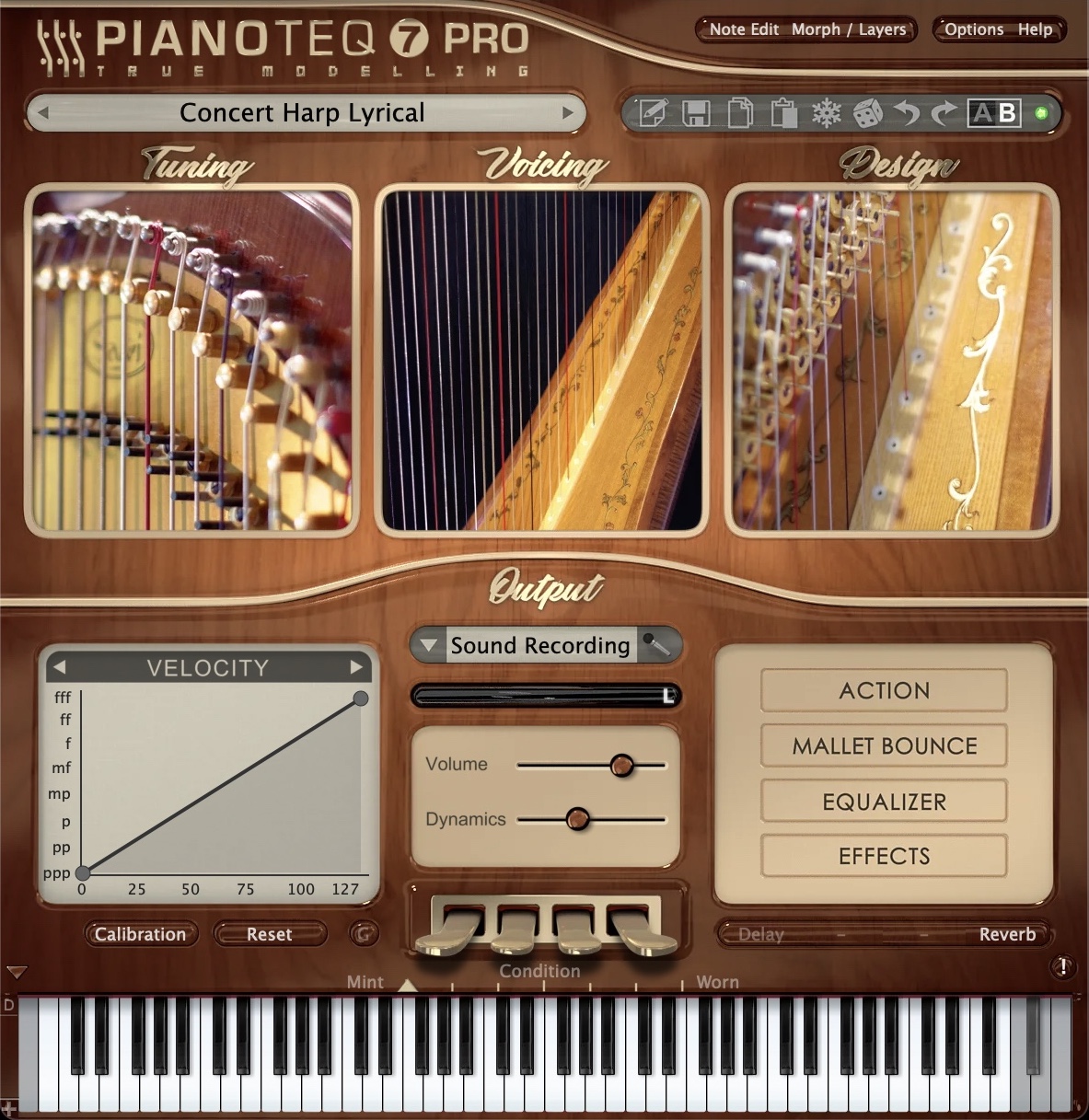 The harp has appeared in many forms since as early as 3500 BC. The pedal harp appeared around 1700, and was improved in 1810 by S. Erard's double movement, which allows to play in all keys and is still today's standard for the concert harp. The harp was extremely popular in the 18th century, used by many baroque and classical composers of the time (Händel, Mozart and others) and later started to appear in operas by Puccini and in symphonic music and ballets by Liszt, Berlioz, Massenet, Debussy, Tchaikovsky, Wagner and others. The harp is also featured in modern music, appearing in works such as "She's Leaving Home" by The Beatles and "Dark Lady" by Cher. In the Marx Brothers movies, the very skilled harp player by the nickname Harpo often dedicates entire scenes playing the harp.

The Concert Harp for Pianoteq is physically modelled after a Salvi concert grand harp. The concert harp possesses 47 strings attached to a soundboard, and is played with the fingertips of the first four fingers with both hands. Since there are no damped strings during playing, the harp has a special magical sound which the Pianoteq technology manages to capture with astonishing authenticity.

The Celtic harp is the new addition to the Harp instrument pack. You have surely heard Celtic harps in folk music as well as in earlier classical music and contemporary new-age. Celtic harps used to be strung with wire or gut but is nowadays also strung with nylon (used in this virtual physical model) which brings a softer and more delicate sound. Requires Pianoteq 6.6.0 or higher

Both harps allows to play pinch harmonics (flageolets) and glissandos. They include a diatonic mode with seven pedals to change the pitch of the strings and play in all keys.

Pinch harmonics
On a harp, a double action of the hand - simultaneously plucking and touching the string in the middle - produces pinch harmonics containing only even harmonics and producing thus a note which is one octave higher. In this excerpt of "Vers la source dans le bois" (Marcel Tournier), the first sequence of tenor notes C#3, E3, B2 is played normally (C3 = middle C), whereas the second sequence of tenor notes C#2, E2, B1, is played using the Pinch Harmonic pedal. The latter is played one octave below the first sequence, but sounds at the same pitch because the string is being plucked in the middle, producing a sound containing even harmonics, hence one octave higher.

Glissando
Sliding quickly the fingers across the strings produces a glissando, where, because of a distinct finger position, the notes usually have a different timbre than when played single. Here we listen to a short sequence of glissandi in an excerpt of the same music piece "Vers la source dans le bois". 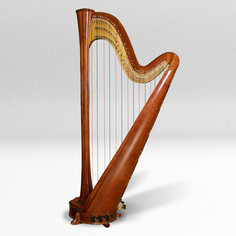 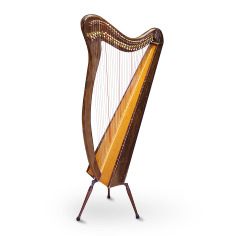